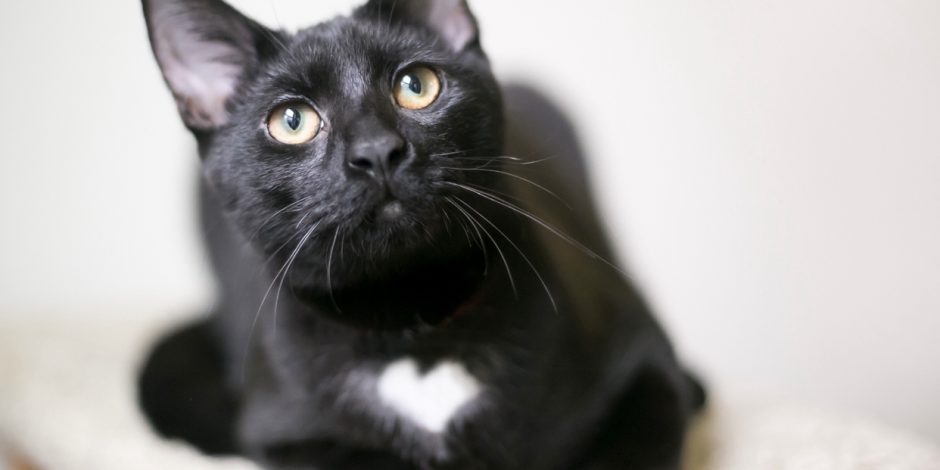 For our March post, I was planning to profile some native Irish dog breeds. I may get to that later in the post, but during my research, I was captivated by a story from ancient Irish lore describing the existence of a mysterious feline creature called Cait Sidhe, which means fairy cat. (pronounced caught shee). Celtic mythology describes Cait Sidhe as a fairy spirit that takes the form of a large black cat with a white spot on its chest.

People of ancient Ireland believed that cats operated somewhere between the mortal and spiritual realms. They viewed them as guardians of the gates of the Otherworld; a link between humans and the Otherworld. According to Celtic folklore, spirits that took the form of Cait Sidhe, a large black cat, could steal the soul of the dead before the Gods could claim it.

As a consequence, ancient Celts adopted many rituals prior to the burial of the dead to distract Cait Sidhe from passing over the body and stealing it’s soul. The body would be guarded day and night during a Feille Fadalach or “late wake.” The rituals that became tradition have carried over to modern Irish wakes.

To distract Cait Sidhe from the soul of the deceased, mourners would:

Other games with intriguing names such as “Riddle me Ree” and “Priest of the Parish” were played with the idea that Cait Sidhe would join in and forget to steal the soul of the deceased.

Another Irish tradition derived from the ancient belief that certain spirits took the form of a cat happens on All Hallows Eve, known in Ireland as Samhain, or our Halloween. On that night, spirits would be roaming the earth. Everyone set a dish of milk outside so that when Cait Sidhe passed your house, he would be happy with the offering and bless your home. If you did not set out milk, Cait Sidhe would be displeased and leave a curse on your livestock and cause the cows to not give milk.

The neolithic Irish people also believed that Cait Sidhe were not fairy spirits but were actually witches that could take the form of a cat. It was said that these witches could transform into a cat eight times but if they took the form of a cat on their ninth transformation, they would remain a cat. Perhaps this is the origin of the saying that cats have nine lives!

As with most myths or legends, they have their root in the physical realities surrounding the ancient people. In ancient Ireland, the European Wildcat roamed the countryside and likely inhabited much of the United Kingdom. The source for the Cait Sidhe myth is likely what is now called the Kellas Cat, a small black wild feline now found only in Scotland. The European Wildcat usually has a tabby or striped coat but certain genetic variances can produce a cat with pure black fur.